Research activities of the Provincial Protector of Citizens – Ombudsman collect and process data concerning the level of human rights exercise, protection and promotion in the Autonomous Province of Vojvodina (APV). They are carried out in the fields of institutional jurisdiction and its authority stated in the founding document (the Provincial Parliamentary Decree on the Provincial Ombudsman).

It is important to point out that these research papers systematically document the state of human rights in APV at a certain point in time. Bearing in mind the fact that in some fields of human rights exercise, protection and promotion no data are collected or processed systematically, the research studies of the Provincial Protector of Citizens – Ombudsman are often the initial pioneering steps towards a continued monitoring and documenting the state of human rights and the possibilities of their exercise before the authorities on the local and provincial level in APV. 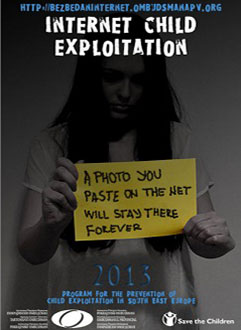 Besides data on how do relevant institutions, authorities and services involved with children in the Republic of Serbia and APV approach the issue of child abuse by means of ICTs, the report contains the position of both children and parents form secondary and high schools in APV concerning this phenomenon. The position of experts in children’s issues from relevant educational, welfare, healthcare and security state institutions and services, as well as those from civil society organizations (CSOs), is also to be found in the report.

There are two special parts of the report: one with the data obtained from the Internet and mobile telephone services providers in the Republic of Serbia, and another with the analysis of Serbian media reporting about ICT-based child abuse in 2012. The report ends with conclusions and recommendations of the the steps that relevant social actors – institutions, services and organizations alike – need to undertake within their jurisdiction and authority in order to decrease the incidence and prevent the occurrence of ICT-based child abuse in APV and the Republic of Serbia.