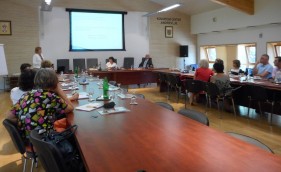 Last week, a two-day training for representatives of six local self-governments in Vojvodina named on gender equality and disaster risk reduction was held in Andrevlje. It was a part of the Gender Equality and Disaster Risk Reduction project implemented by the Provincial Protector of Ctizens - Ombudsman (PPCO) supported by the United Nations Entity for Gender Equality and the Empowerment of Women (UN Women).

The aim of the training was to increase the level of knowledge and build capacities of the local self-governments to include gender perspective in documents and programs relating to disaster management. Participants from Subotica, Pancevo, Sremska Mitrovica, Vrbas, Secanj and Beocin had an opportunity to address the role of women and including the gender perspective in the field of disaster risk reduction and sustainable development. 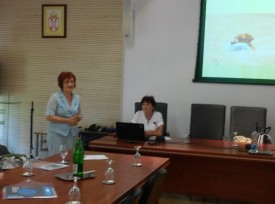 Ivan Baras, Assistant Head of the Disaster Management Section of the Ministry of Interior Affairs, talked about policy changes in the in this field. Besides the significance of disaster risk assessment in every local self-government, Baras pointed out that, in the future, more attention should be paid to education of people in charge of disaster management, as well as awareness-raising with the general population, with special emphasis on gender equality. Nada Lazic, an MP in the Serbian Parliament, stressed the link between environment protection and disaster management, referring also to the relevant policies. Based on the analysis of practice in some of the local self-government units in Vojvodina, Vesela Radovic, PhD, the Dean of the Security School with the EDUCONS University, pointed to the need for harmonizing the standards and practice with that of the EU while changing the national policies. She also talked about the significance of sustainable funding and monitoring of the planning and implementation of disaster management activities.

The participants attended sessions on gender equality and its indicators, as well as the needs of women and men from the public security perspective. Besides geneder analysis, the training covered issues of disaster risk assessment from a gender perspective and introduction of a gender component in the local self-government documents, along with mapping of collaboration interest in risk assessment and disaster response. The results of a desktop study on the disaster management practice from gender perspective in Vojvodina done by the PPCO within the frame of the Gender Equality and Disaster Risk Reduction project have also been presented during the training. 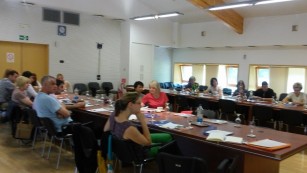