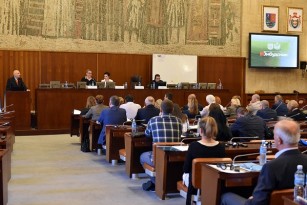 "Today, the right to good governance implies that authorities - public services and other public authority establishments - are not merely instruments of governenace, but, above all, a citizen's service. In this respect, the right to good governance represents a democratic value, a standard in public authorities' operation. Good governance does not imply solely finding and abiding by the best legal solutions, but also standards of running proceedings maximally observant of citizens' dignity and integrity."

These were the words of Prof. Zоrаn Pаvlоvić, SJD, the Provincial Protector of Citizens - Ombudsman, at the yesterday's opening of the human rights training for Vojvodina Assembly MPs organized by the Provincial Protector of Citizens - Ombudsman (PPCO) institution with the support of an international partner. Along with the good governance principles public services are bound to observe, Prof. Pavlović also stated the reasons why the existence of ombud institutions was important for the executive and legislative authorities, pointing out the following:

„Monitoring the exercise of these principles grants citizens a certain level and quality of public services' operation, aka executive authorities. In its work so far, the PPCO institution has witnessed examples of failure to adhere to these principles, which are automatically examples of public authorities' poor performance. Therefore, in this respect PPCO recommendations provide for correction of such performance, conducive to changing the malfunctioning patterns of the authorities' work."

The opening and introductory part of the yesterday's training were attended by István Pásztor, the President of the Vojvodina Assembly as well, along with Ivan Stijepović, one of its Vice-Presidents. Besides international standards and national human rights regulations relevant for their work, around forty MPs learnt more about the PPCO mandate and its jurisdiction and way of running proceedings. Discussing examples from the PPCO practice over the years was another way MPs were able to understand its potentials and contribution to the human rights upholding and promotion in the Autonomous Province of Vojvodina.

Alongside Prof. Pavlović, the National Rights Protection Deputy Ombudswoman Eva Vukašinović, as well as the PPCO advisors in children's rights, gender equality and general human rights affairs, the representatives of the international partner delivered presetations concerning human tights law, their history , structure and sources, as well as specific aspects of human rights protection of members of the Roma community.

The concluding discussion justified the aim of this training - introducing Vojvodina MPs to the human rights principles and the importance of their upholding and promotion in the context of executive authorities' operation. The MPs expressed a wish for such trainings, focusing on even more specific human rights issues, to be organized on a regular basis. Besides their content with the acquired knowledge and insights into the institutional human rights protection specifically, the MPs expressed their readiness to discuss human rights issues more actively in the future and to raise issues significant for human rights promotion, both at the local self-government level and in the Vojvodina Assembly. 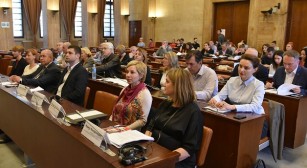 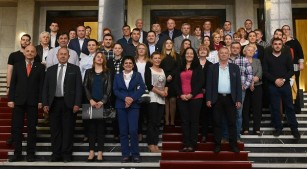